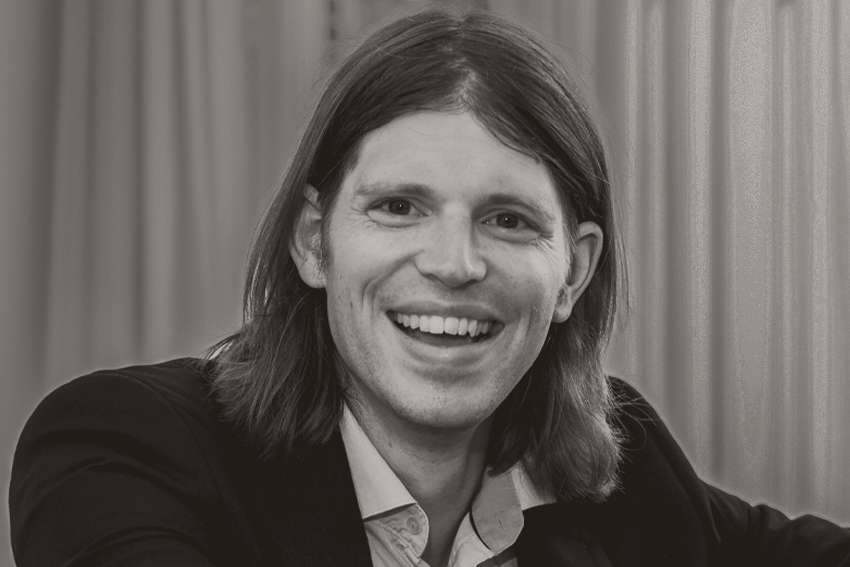 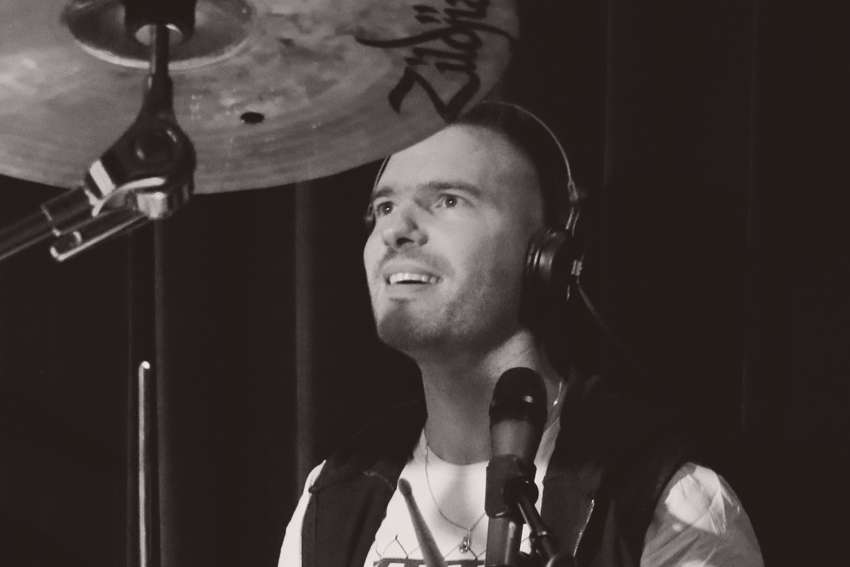 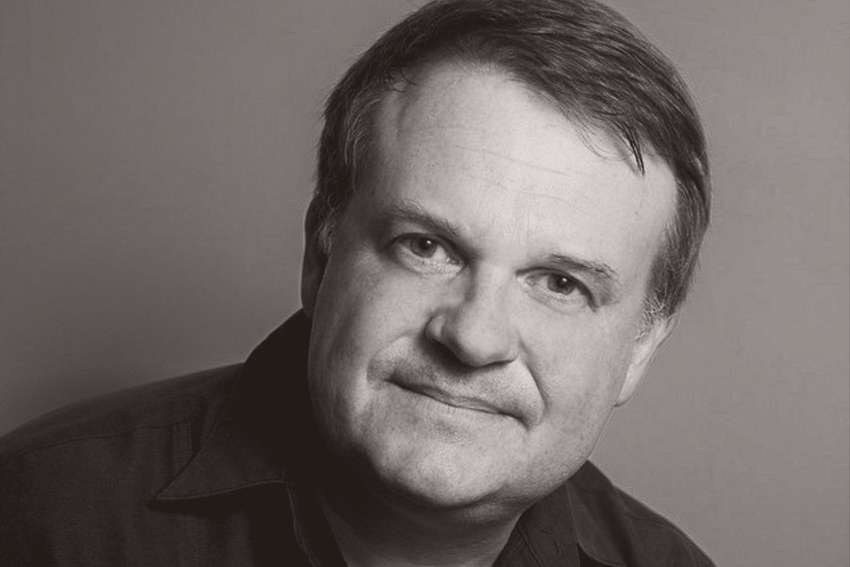 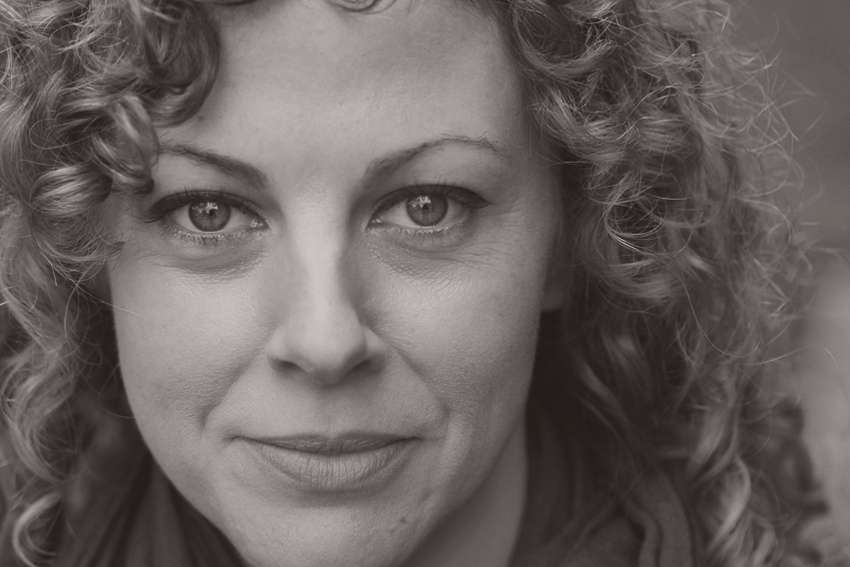 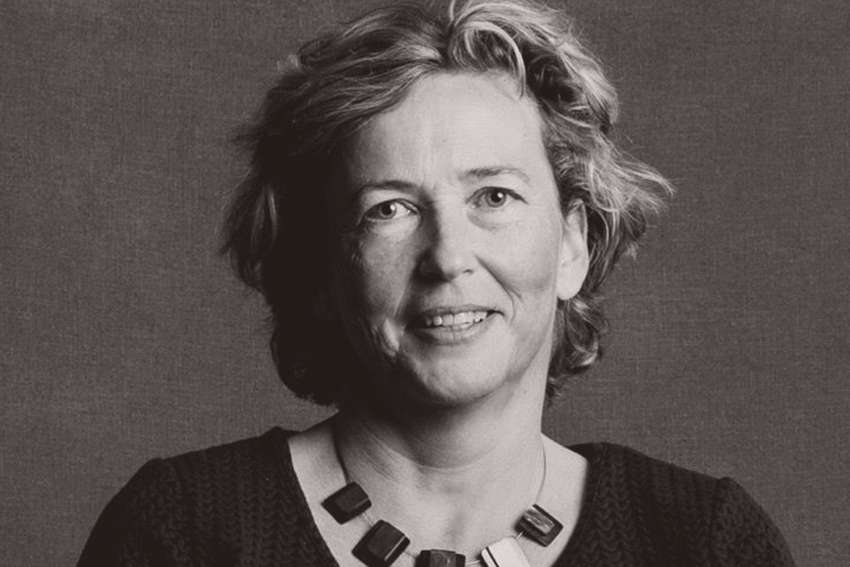 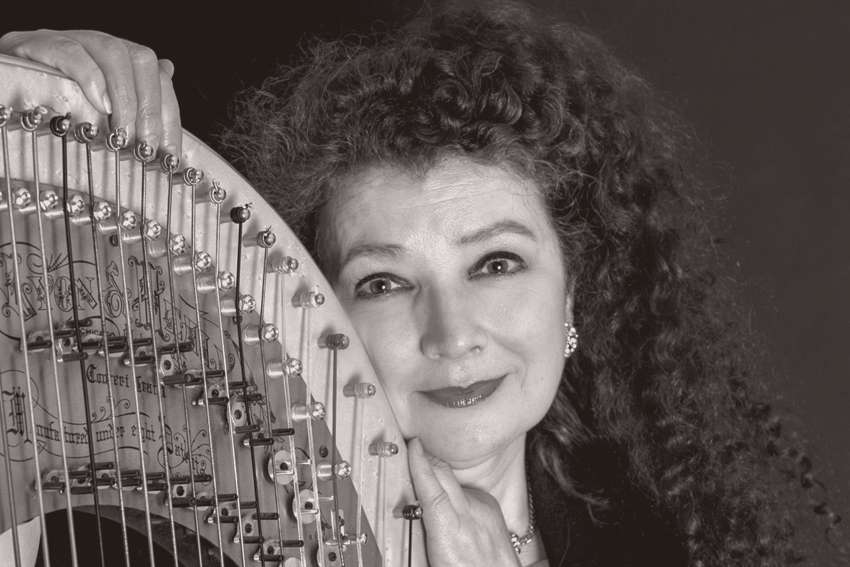 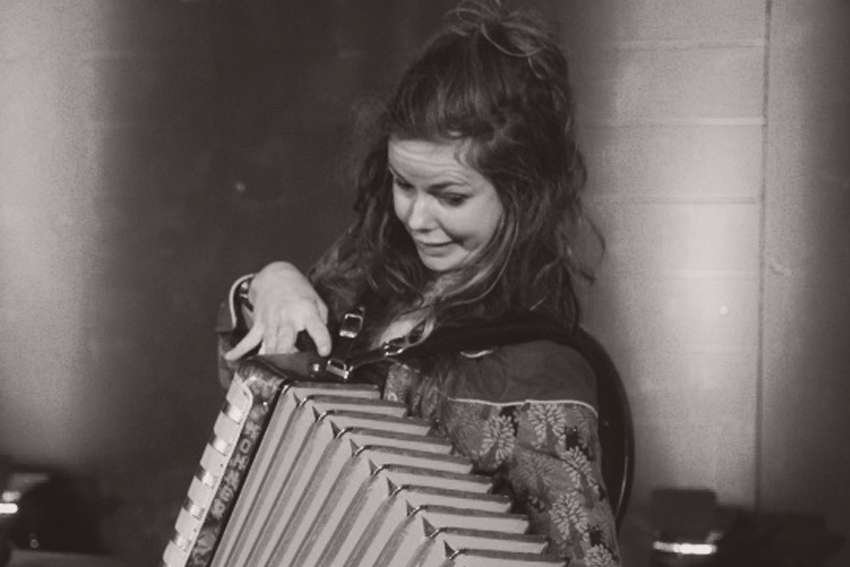 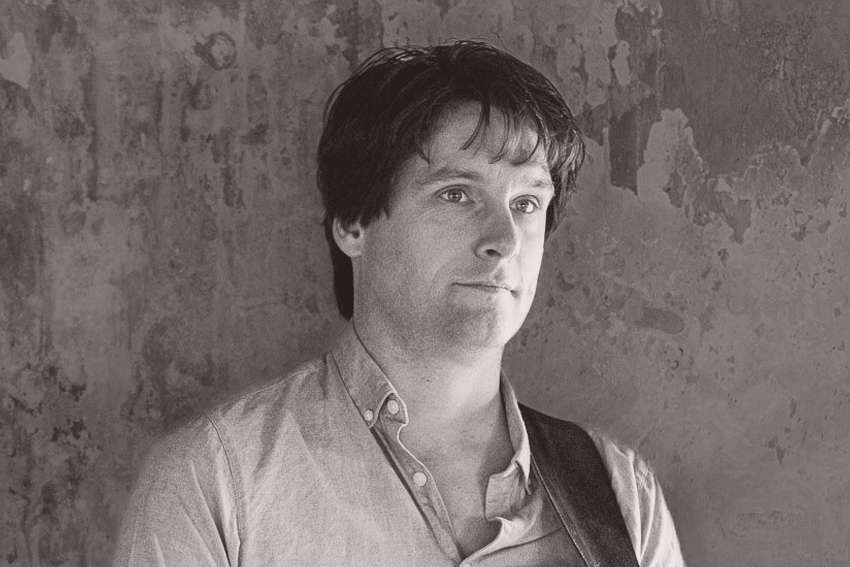 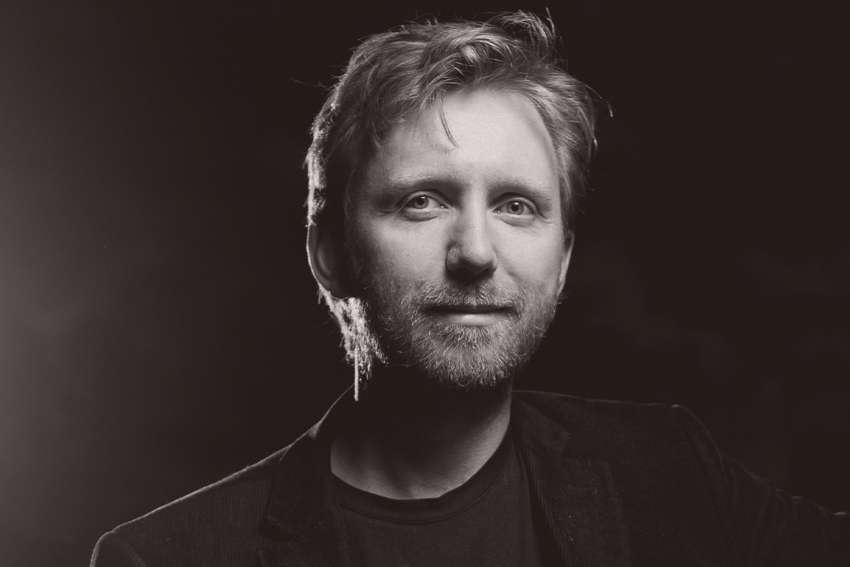 Daan van den Hurk (*1987) is film pianist and composer. He studied classical piano, jazz piano and compostion at the HKU Utrecht Conservatory. After following a masterclass in film accompaniment at the Pordenone Silent Film Festival he started to devote is carreer to silent film accompaniment, promotion and research. Since a number of years he is one of the regular musicians of the Pordenone Silent Film Festival and Bristol Slapstick Festival and performed at many other international festivals such as Il Cinema Ritrovato, Locarno Film Festival and Istanbul Silent Film Days. He also works often closely together with the Eye Filmmuseum, f.i. for writing the music for THE BRILLIANT BIOGRAPH (2020). In 2017, together with Stichting Zolderkamertjesklassiek, he founded the Nederlands Silent Film Festival. Daan teaches classical piano, improvisation and musical theory at the HKU.

Frank van der Star is a drummer who certainly doesn’t shy away for the unknown. In his musical career he has been everywhere and in every style.
From the small club to the large stadium, from Jazz and Sing & Songwriters to Heavy Metal, and has also been found at the NSFF for many years.
A fantastically beautiful musical challenge and new love. Always honored to be able to accompany fantastic films with these top musicians.

The Canadian composer, pianist and conductor Gabriel Thibaudeau is the appointed pianist for silents films at La Cinémathèque Québécoise since 1988. Thibaudeau's work includes music for ballets, the opera, chamber music and several orchestral compositions for silent films. His works are performed in the Americas, as well as in Europe and Asia.

Since performing her first improvised score for silent film in 2016, Meg has regularly played at various international film festivals (Il Cinema Ritrovato, Netherlands Silent Film Festival, Le Giornate del Cinema Muto) and has recorded original scores for several DVD releases (including Hitchcock's The Ring for US company Kino Lorber). She is a house pianist for the British Film Institute which commissioned her, in 2018, to compose, perform and tour a score for the Meg Morley Trio to accompany several silent films starring Mabel Normand. She is currently collaborating with Derbyshire's electronic band Haiku Salut on a score for the 1930 German experimental silent film People on Sunday for Birmingham's Flatpack Festival 2022. Full Bio: https://www.megmorleymusic.com/biog

Elizabeth-Jane Baldry is a British harpist and composer who performs internationally. Her compositions have been used by ITV, the BBC, and Irish, Japanese, Danish, and Canadian film, radio and television. She is the only silent movie harpist in the world performing live to cinema screenings of early film. A passionate nature-lover, she owns a magical ten acre woodland in the Dartmoor National Park where she grows trees and keeps bees.

Maud Nelissen studied classical piano in Utrecht and has since then, devoted on her great passion: the musical accompaniment of silent films. She has collaborated with Eric James, Charlie Chaplin's last musical arranger and has become a much sought-after musical accompanist at various film festivals and events in (and beyond) Europe. She has founded her own film ensemble 'the Sprockets' and performs with them, or various other ensembles and orchestras, in the Netherlands and abroad.

After her bachelor's degree in Music in Education in Rotterdam, Emma van Dobben focused on folk music on various instruments. During music lessons to young children, she uses piano, guitar, mandolin and ukulele, among other things. During her Master of Music in Utrecht she went to Ireland and Scotland to discover the local music, together with her accordion.

Later, during the Master's in The Hague and Hungary, she got to know the music of Central Europe. With her band Lemonaki she traveled to Lesbos to investigate the Greek rebetika style.

For her work at the Archeon she learned to play the hurdy-gurdy, rebec, lyre, drum and one-handed flute, typical medieval instruments. In addition, Emma is also a puppeteer and has her own puppet theater for children.

This arsenal of instruments is a nice addition to the piano accompaniment during the NSFF.

Bart Soeters (1980) is a bassist, composer and core teacher at the Utrecht Conservatory. At the NSFF he is a regular bassist and improviser.

Bart completed his master studies in bass guitar and composition in 2006 at the HKU and received several awards. He received the Pim Jacobs Music Prize in 2005 from Han Reiziger. He had lessons from Theo de Jong, Marc van Vugt and in the US from Victor Wooten, Marcus Miller and Clare Fischer. As a child, Bart had piano lessons from his parents from an early age.

Richard Siedhoff (born 1987) is a silent film musician and composer. Since 2008, he has accompanied more than 300 silent film classics with his own compositions and devised improvisations on the piano and occasionally on the cinema organ and is considered one of the most in-demand young talents in his field. Stylistically he moves within the framework of classical film music towards modern and jazzy forms. He is a resident pianist at the Lichthaus cinema in Weimar, where he compiles the silent film programme. He is also a composer, pianist and actor for film, theater and cabaret. In addition to numerous events in cinemas, clubs and on cultural venues, he is a regular guest at the 'International Silent Film Days Bonn', at the Film+Musik-Fest Bielefeld, at the Silent Film Festival at the Filmpodium Zurich, at the Filmmuseum München , in the Zeughaus Kino Berlin, in the Blackbox in the Filmmuseum Düsseldorf and other important addresses of living silent film art. He has also performed at numerous festivals in Switzerland, Austria, Italy, Scotland, Thailand, South Korea and China, among others. Much of his music has also been published on DVD and Blu-ray. In addition to other theater and cabaret activities, Siedhoff also writes silent film music for chamber music ensembles and orchestras and is Composer in Residence with the Metropolis Orchestra Berlin.

Richard Siedhoff is the winner of the first German silent film award in 2020 for his reconstruction of the original orchestral music by Hans Landsberger for "The Golem, How He Came into the World" from 1920. The following year his new composition for Fritz Langs "The Tired Death" celebrated its acclaimed premiere at the Weimar Art Festival with the Staatskapelle Weimar.

Richard Siedhoff likes to travel to small events in the sub-cultural area with his mobile 16mm cinema and film prints from his extensive collection. In times of digitized cinemas, these events also have an imperishable show value and charm that is often lacking in our rapidly changing times.